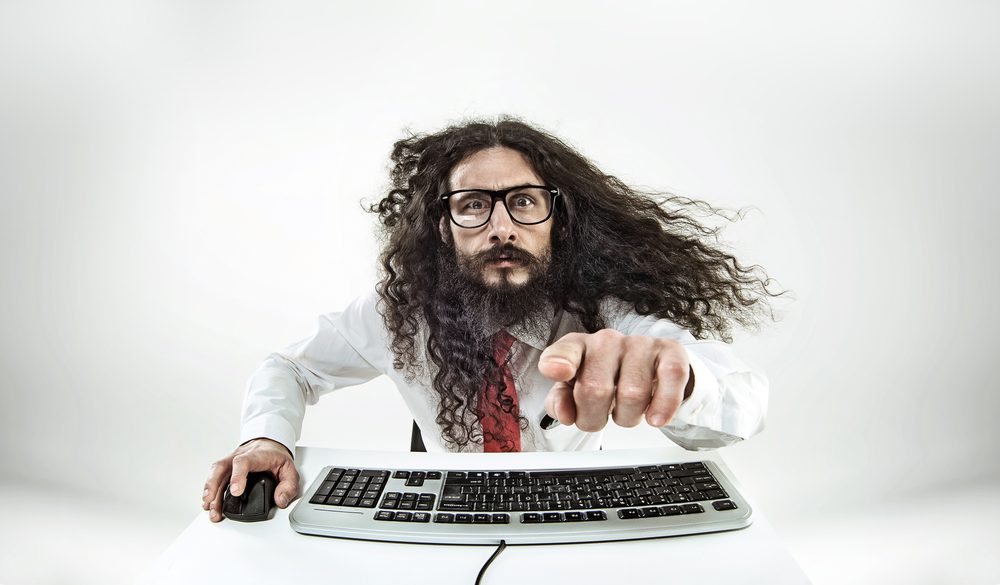 For some, writing comes entirely naturally. Words flow onto the page like water down a Grade 5 rapid. Books are started and finished within weeks, delivered ready for the publishing house to slap a price tag on. These people are called ‘liars’ and should be booed at every opportunity.

Writing is hard. Sure, it’s not physical torture of an 18th century coal mine hard, but it is a mental challenge that has cut some of the most committed and determined individuals in the world down to size.

Before the internet, I thought a coat hanger was something that you hung a coat on. Now, thanks to internet-delivered life hacks, I realise that coat hangers have 1001 other uses that I was a certified idiot to have been missing out on. In the same fashion, here are 10 writing hacks that every budding novelist should keep up their sleeve, for whenever that raging white-water torrent of words turns into more of a dog urinating on a bike tyre.

Not often does the ‘let’s just see what I vomit up’ writing technique pay off for a novelist. Creating an outline of your story before you start writing is often the difference between success and failure. Having an idea of which direction your story needs to head is invaluable, and is also an incredible vaccine against writer’s block.

If I was lazy I’d fall back on that most overused of corporate idioms proper planning prevents poor performance. But I won’t. I’m better than that.

Why stop at the outline? Making notes throughout the writing process is super helpful. If you’ve got an amazing flow going, you don’t want to interrupt it to insert or change something that you just remembered. Make a note. A packet of off-brand Post-Its is literally 50c.

Your character names can be the most overthought aspect of your book. You can spend untold amounts of time trying to dream up the perfect first and last name for even the most minor of roles, when, in reality, no one will care a jot. Don’t think that ‘Karen White’ sounds like the name of a Pittsburgh heroin junkie? Trust me when I say that your readers won’t be thinking that way.

Unless you’ve given your pile of phonebooks a traditional Viking funeral, lighting them on fire and pushing them out to sea (highly recommended), you’ll have around a metric ton of printed names to work through. For the phonebookless amongst us, a cheap baby name book will do just as well.

Creativity strikes at the most inopportune of times. You need to be prepared. Thanks to the wonders of smartphone technology, being prepared is easier than it’s ever been. Use a voice recorder app to capture moments of brilliance, whenever they happen.

Writing a globetrotting novel used to be the reserve of those that had trotted the globe themselves. But technology can make a local out of any old couch-bound slob these days. Walk a city’s streets using Google Street View, and get a sense of what a character will be thinking or feeling no matter where you’ve placed them in the world.

6)      Immerse yourself in your writing

Immersing yourself in the feel of your book can help to stoke those ever-elusive creative fires. Dress up as a character to help get in the mindset. Play music or sound effects appropriate to the scene. Sample the food from the country that your character is currently in. If your story features rock climbing, find a local climbing wall and test out exactly how it feels. If your character is a working girl, find a local truck stop and… wait. Never mind.

7)      Identify your most and least productive times of day

Your body is a collection of ticks and quirks entirely unique to you. No advice will be as good as your own when it comes to figuring out how best to work. Not even your MUM’S.

Are you a morning or a night person? Perhaps you gain some super writing strength post-lunch. Keep a journal and note down your peak operating periods, and then work to capitalise on them. It could be as simple as noting down a number from 1-10 that reflects your energy levels throughout the day.

Breaks are vitally important. Hitler worked until 4 or 5am every morning and look at how THAT turned out.

Short bursts are extremely effective in writing. One of the most popular ways to write is using the Pomodoro technique – 25 minutes of solid work, followed by a 5 minute break. But you can play around with this formula as much as you want; 20 minutes on/10 minutes off, 1 hour on/30 minutes off. The main thing is to avoid unnecessarily long stretches. You know, like Hitler. The more I learn about that guy, the less I like.

Do you produce your best work in total silence, or with background noise? Do you like to be around people, or would you rather isolate yourself? The only way to know is to test these things out. Try working in your study, your backyard, a café and a shared space. And if the words aren’t a-flowin’, don’t bother goin’ (© Damonza 2016).

The month of November plays host to National Novel Writing Month (NaNoWriMo), an event that challenges authors-to-be with the task of writing a 50,000 word novel in a month. It uses the idea of a ‘fast’ or ‘zero’ draft, the point of which is to simply get your idea down on paper. It is the roughest of first drafts – one that gets the basic story idea down, but that needs an incredible amount of sculpting and refining to be anywhere near readable.

But it’s better to have a rough lump of clay to mould than no clay at all, as I’m sure some old saying probably goes.

So, are your words dribbling out like an Alsatian marking its territory? Want that flow to turn into more of a Bellagio fountain of keystrokes?

There’s light at the end of that 18th century coal mine tunnel. Hack your way towards it, friends.