Damonza > Articles > Blog > The 5 Traits That All Successful Authors Share 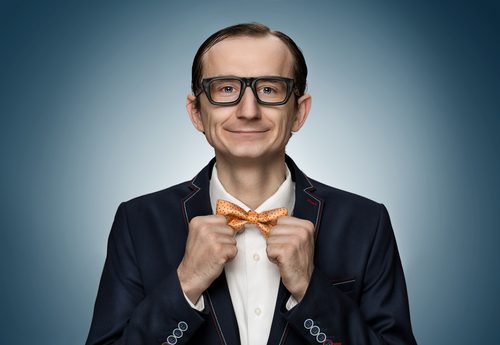 If you want to be a 100 metre sprinter, you need more than just the sort of quick twitch fibres that’ll carry you to the finish line in around 10 seconds. If you’re hoping to become an actor the ability to convey stylised emotion is a non-negotiable, but it alone won’t get you drowned out by the orchestra after you’ve gone over-time on your Oscar acceptance speech.

Success in these pursuits, like any that strive for greatness, must be a result of both inherent natural ability and the sort of work ethic that can turn even the most talented professional into just another journeyman.

But what of writers? Obviously the ability to throw words together is a major part of becoming a Dickens, but what other traits do successful authors share?

Good God writing can be a slog. If anyone ever tries to tell you differently, instruct them to stick it up their sweater. Writer’s block, as we’ve covered before, is a very real thing, and it afflicts every author at some point in their writing career. The old adage of ‘patience is a virtue, possess it if you can’ doesn’t apply to authors. Possession of patience is about as optional as possession of a functioning brain.

A successful writer is one perceptive cat. Rather than writing off a person simply as ‘someone I don’t like’, they’ll dig into the specifics of what puts them off. Rather than simply admiring a sunset, they’ll look to deconstruct the elements which make it beautiful. This perceptiveness serves as a form of research, and allows them to convey the intricacies of a scene, or a character’s personality, in incredible detail. Sure, they can be painful to be around (FOR GOD’S SAKE DICKENS I JUST WANT TO QUIETLY WATCH THE FREAKIN’ SUNSET – Mrs. Dickens), but this talent for observation can separate the brilliant writer from the ordinary.

It doesn’t take a particularly creative mind to realise that a propensity for creativity is an absolute must for a successful writer. You’re constructing an epic tale out of nothing more than the neurons firing within your noggin, for goodness’ sake. While creativity undoubtedly benefits from a certain level of predisposition, it is also a skill that can be worked on. I don’t want to hear any of this ‘I’m just not that creative’ bulldust.

Unless you’re a Mozart-level savant who was born with the sort of writing brain that scientists will dead keen to slice up (when the time is right), you’ll likely benefit from reading the work of other authors. Great authors are seldom born; instead they’re moulded, sculpted and polished over time. And the best way to learn the craft of writing is to take cues from those who do it best. Great authors will have a passion for reading the work of other great authors.

One of the most difficult aspects of writing to learn, condensing complex ideas down into clear and concise chunks is a skill that relies heavily on natural ability, but one that can be developed with effort. This ability is often seen as a reason why so many writers are introverts. As Mary Gaitskill puts it: ‘Writing is in some way being able to sit down the next day and go through everything you wanted to say, finding the right words, giving shape to the images, and linking them to feelings and thoughts’. Good writers enjoy exploring different paths, finding the right one, and investigating it in detail; something that social situations very rarely allow for.

You may not have the thighs to be a 100 metre sprinter. You may not have the candidness to be a professional actor. But if you have a love for words, and are dedicated to developing the traits listed above, you could well become your version of a successful author, whatever that may be.

STEP ONE: Ruin beautiful moments with your better half by describing them in detail.