Everything has a history; some admittedly more boring than others. Bread tags, placemats, door hinges; all of these things had to be dreamed up, designed and perfected over years of trial and error. But as much as I’d love to give you an exhaustive history of the noble bread tag, I feel as though the lives of both you and I are too valuable to be ended by the self-harm that that sort of thing would encourage.

As far as inanimate objects go, book covers thankfully have quite an interesting history. The gift wrapping that every printed book will inevitably receive has undergone great change since it first popped into being; from a purely functional piece of protection to the stunning art form that we know and love today.

The first book covers covered the first books, which featured hand-written pages painstakingly put together by the sort of people that you wouldn’t want to get stuck with at a party. The hours that were invested into these early works meant that their covers played a vital role. The focus was on longevity, and if that meant the book was a two-man-lift because you’d jammed it between two railway sleepers, so be it.

Leather and timber were the flavours of the day, and markings were usually kept to a minimum. This rule was almost theatrically tossed to one side when it came to religious texts however, with precious metals, gemstones and ivory formed into intricate designs. The more I hear about this church business, the more fabulously camp it sounds. 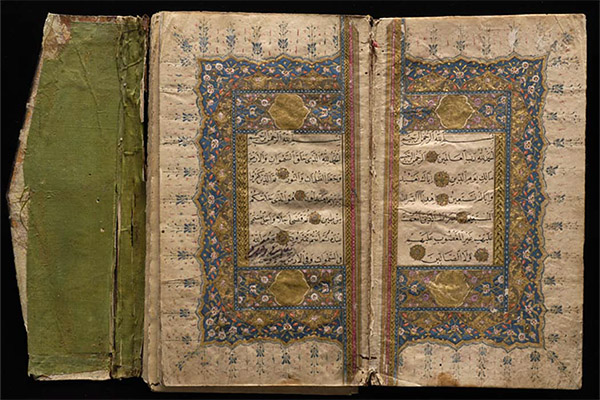 From Hand-Bound to Printed

From its birth in the 15th century the influence of the printing press slowly became more and more pronounced. But it was during the beginning of the 1800s, with the industrial revolution in full swing and less people than ever burning and throwing rocks at things that they didn’t understand, that the humble book cover underwent its first major shift.

With book production becoming cheaper and cheaper, the covers needed to be similarly inexpensive. The heavy, hand-bound option was replaced with printable, mechanically-bound covers of cloth and paper. Such ground-breaking techniques as colour lithography and half-tone illustration began to be used, which would’ve been super confusing in a world that was obviously a grainy black and white.

These new covers were comparative row boats when placed next to the war ships of old, so those untrusting Georgians invented the dust jacket – a thin and originally disposable protector for the book’s cover – in an effort to retain the book’s virginity during transport. But style remained an afterthought, with frankly rubbish designs that did nothing more than shout the book’s title at the reader via serif capitals.

The Birth of Cover Art

But as the 19th century dragged on, book publishers began to get a sense that they were missing a trick. The marketing guile of poster artists eventually proved to be the trigger for publishers to change their ways, as they realised that the front of their books were just as valuable an advertising space as the side of a circus tent. What followed was the birth cover art as we know it today.

During the 1890s progressive European publishers transformed these dust jackets from a throw-away piece of packaging into art that screamed ‘buy me’. While a few different illustrated covers were offered up through the early 1890s, perhaps the one that truly turned the fad into a trend was The Yellow Book, a series with covers designed by Englishman Aubrey Beardsley. 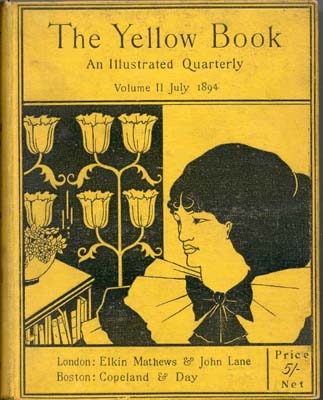 The Yellow Book was a quarterly that focussed on the contemporary art and modern literature of the time. When the first edition came out, with an illustrated portrait of Ms. Patrick Campbell displayed proudly on the front, those ever-casual and fun-loving Victorians offered a typically cool, calm and collected response.

The Times referred to the utter “repulsiveness and insolence” that the cover displayed. The Westminster Gazette went one further, stating that it would take just “a short act of parliament to make this type of thing illegal”. This was literally a drawing of a face.

Parliament obviously didn’t act on this heresy (what do we even elect these guys for?), and waddayaknow, the free publicity sent sales of The Yellow Book skyrocketing. This, in turn, granted the more traditional publishing houses the freedom to have a go themselves, and soon book cover art was rife, with competing books doing whatever they could to outshine each other.

The subsequent years have brought us such immortal covers as The Great Gatsby (designed by Francis Cugat), The Godfather (S. Neil Fujita) and A Clockwork Orange (David Pelham); covers that have permeated the public consciousness in a way that hand-binders of centuries ago could never have imagined. 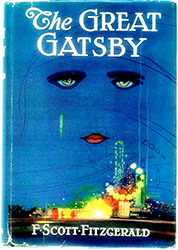 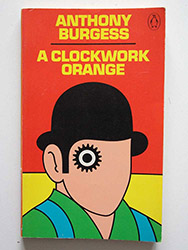 The modern cover still has as functional a purpose as those weighty originals, although the goalposts have been somewhat shifted. Rather than being designed with protection in mind, today’s cover is now a sales pitch. The function is reliant on the form, and our bookshelves, despite what those prissy Victorian newspapers say, are all the better for it.