All You Need to Know about Book Images and Copyright 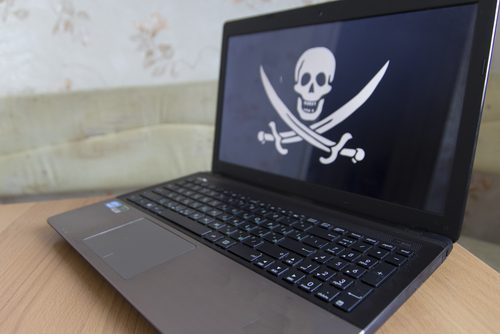 “YOU WOULDN’T STEAL A CAR”, the famous anti-piracy ad campaign asserts. “PIRACY IS STEALING”. The use of creative content, whether it be a movie, a book or an image, can be a tricky business. So tricky, in fact, that it turns out the music for the anti-piracy ad was actually stolen. If they can’t get it right, how do they expect us to?

So the text of your book is just great, but it alone won’t have your tome flying off the shelves. Your book needs a cover, and unless you’ve worked your way up to Beatles status and can get away with a white album, that cover will need an image.

Great news: The internet is freakin’ FULL of images.

Not-so-great news: You can’t use many of them.

For most authors image copyright is a hot mess of half-truths, assumptions and legalese. You’re not a designer, and while your own work will be subject to copyright, your own work isn’t likely to be found on Flickr, Shutterstock or Wikimedia Commons.

So what do you need to know about using images on your cover? Here are the basics that you’ll need to be aware of to ensure you keep that pirate’s parrot off your shoulder.

Copyrighted images will have a © on them somewhere, right? Wrong. If copyright isn’t specified, that doesn’t mean the image is copyright free. It’s entirely the opposite – any image is assumed to be copyrighted unless it’s explicitly stated otherwise. The copyright is held by the person who produced the image until they either sign the rights over to someone else, or make the image public domain.

No, you can’t even use the cute doodle that your partner drew of you as a unicorn jumping over a rainbow without their permission. Even if it is perfect for your latest edition of ‘Unicorn Rainbow Lollipop Adventures’.

Be Careful with Creative Commons Images

‘It’s okay’, you might think to yourself, ‘I got this image from Flickr, and they said it’s free to use’. Sure, that may well be the case, but:

1)   Is the image free to use for commercial purposes?

2)   If the image shows an actual person, do you have the model release?

A model release is a document that a model needs to sign in order for you to use their image in any way that may result in profit. Many creative commons sites simply do not provide model release forms with their images, meaning that you could be liable to share a percentage of your profits with the model in question. And there’s nothing more demoralising than giving your hard-earned to some anonymous hot model. Trust me.

The Difference between Copyright and Licencing

There is a huge difference between holding the copyright of the image and obtaining a licence for the image. As a copyright holder, you can do with the image whatever you please. Slap it on your book, trail it behind a banner plane, glue it to the inside of a toilet cubicle – it just doesn’t matter. But unless the image is one that you produced yourself, it’s unlikely that you’ll be the copyright holder.

Most likely you’ll need to obtain a licence to use the image. This licence will entitle you to use the image in a particular way, which can at times be fairly limited. A certain number of copies, print runs restricted to certain countries, on the cover of one specific book only; all of these constraints will be outlined in the licencing contract, and it’s imperative that you abide by them.

Ignorance Is Not Bliss

‘Whoops’ – you, having realised that you accidentally used a copyrighted image and now face a fine of $250,000 and up to 5 years in jail. When it comes to the law, ignorance is not a defence.

‘Will they really care about someone as insignificant as me?’, ‘It’s okay, I’ll give them a shout-out’, ‘They should be happy with the free publicity’; Many a budding author has fumbled with these sorts of thoughts when shopping for their book’s cover image. But none of these statements, you’ll find, will get a judge particularly on-side.

But what if you just happened to use a cheap designer who didn’t bother to obtain the correct licence? That’s their fault, not yours, right? Nope, if it’s your book and you’re directly profiting from its sales, you’re the one breaching copyright. The onus is on you to use a legitimate designer who will ensure that the legalities are accounted for.

Had enough of the scaremongering? I can’t blame you. But unfortunately there’s nothing laissez faire about the realities of copyright law. While the rules may at times be confusing, they’re also very black and white.

You need to obtain the proper image licencing, or you need to use designers who, like we at Damonza, use images that are 100% royalty-free and/or have arranged the licensing on your behalf. If you don’t, you might as well replace a leg with a log and pop on an eyepatch you dirty, dirty pirate.