Damonza > Articles > Blog > Amphetamines in the Morning: 7 of the Weirdest Ways Authors Have Found Their Muse

Amphetamines in the Morning: 7 of the Weirdest Ways Authors Have Found Their Muse 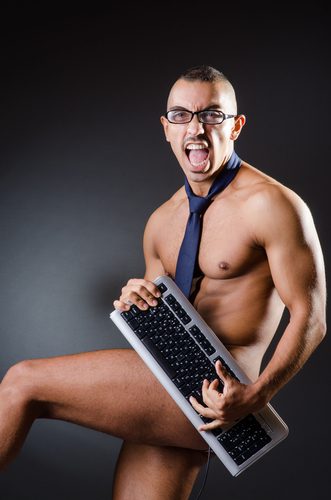 Writers, like many other creatives, are so often the weird sorts. Not your standard ‘wear a colander as a helmet’ or ‘yell at inanimate objects’ weird; no, they’re a more insidious weird – the sort of weird that’s hidden from view – a Mr Hyde to the writer’s day-to-day Dr Jekyll.

When you’re attempting to create something beautiful out of thin air, inspiration can prove an elusive beast. The conundrum of how to get those noggin neurons firing has tested some of the most brilliant minds in recorded history, and true to their profession, those brains of offbeat brilliance have continually come up with the most peculiar solutions.

As children’s author Ellen Raskin so eloquently pointed out, ‘the poor are crazy, the rich just eccentric’. So let’s have a quick look at how some of the most successfully eccentric and eccentrically successful writers in history have gone about finding their groove.

If you have a seriously underdeveloped understanding of physiology, you may surmise that the reason you can’t come up with any darned words is because your brain isn’t getting enough blood. And while I can’t confirm whether that was Dan Brown’s exact thought process when he decided to start hanging like a bat, he hasn’t yet denied it.

Rather than ‘hanging like a bat’, Dan calls it ‘inversion therapy’, and says that it helps him to relax, and concentrate better on writing. Dan also uses radar so as not to hit cave walls, and sustains himself on a diet of bugs and field mice.

Screenwriter Aaron Sorkin, best known for his work on The West Wing and The Social Network, is tasked with delivering words that must be actioned by real life people. To ensure his work is up to the task, and to inspire himself to write dialogue that seems natural, he often uses a large mirror and his own acting skills to check it over.

He takes this testing process so seriously that he once rocked up to the set of The West Wing with a broken nose, and had to explain that he got a little hostile with the mirror during one of his performances.

In the winter of 1830/1831, Victor Hugo had got himself in a bit of a bind. He’d told his publisher that The Hunchback of Notre Dame would be ready for printing in just a few months, and he hadn’t even started it. What Hugo did next was eccentricity of the highest order.

Hugo went to the shops and bought a grey shawl. He then went home, stripped naked, and asked his valet to lock away all of his clothes until he had finished the book. He then spent the following winter months wrapped in only the shawl, furiously scribbling in order to get his clothes back. Brilliant.

Those familiar with W. H. Auden’s poetry probably wouldn’t pick him as a junkie, but was he ever. For 20 years this seemingly conservative man and generally upstanding citizen would start every morning with an amphetamine pill, then spend the day furiously writing (and presumably dancing to the clock ticking or the church bells chiming) before taking a sedative at night to get some rest. He called it ‘the chemical life’, and described the drugs as ‘labour-saving devices’. Classy.

When it comes to eccentricity, few compare to the brilliant Irish novelist James Joyce. Firstly, he’d write every one of his words lying on his stomach in his bed, dressed in a white lab coat, and only ever with a large blue crayon. Many have since attributed this unconventional setup to Joyce’s horrible eyesight (the lab coat may have reflected the most light onto the page).

Joyce was also famous for putting his crayon down for the day after he had completed the crippling workload of two whole sentences. Time for a beer.

Another fantastically odd cat was playwright Truman Capote. He, like Joyce, was a self-described ‘horizontal author’, having never written a word with his head or torso in the vertical position.

He was also terrifically superstitious; he wouldn’t start or complete a piece of writing on a Friday, and he had an almost debilitating aversion to the number 13, to the point that he wouldn’t stay in a hotel room that was marked with either a 1 or a 3, nor let 3 cigarettes burn out in the same ashtray.

Perhaps the most left-field example of summoning a muse comes from German poet Friedrich Schiller. One day, fellow poet Johann Wolfgang von Goethe dropped by his home to say guten morgen. Schiller wasn’t there, but a horrible smell was. Goethe investigated the smell, finding long-rotting apples in the top drawer of Schiller’s writing desk. Schiller’s wife wandered into the room, and had to explain that the putrid stink really got the poet’s creative juices flowing. Presumably his stomach juices as well.

So, budding authors; which proven path to success will you take? Rotten fruit, hard drugs, naturalism; a heady mix of them all?

Whichever path you choose, just make sure you become rich and successful. Your eccentricity is on the line.