Finding Their Muse: 5 Tales of Authors and (Often Unrequited) Love 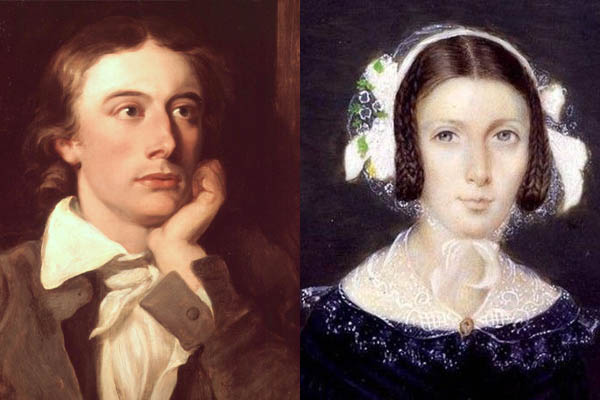 As the goddesses of literature, art and science, the Nine Muses of Greek mythology were the source of both inspiration and knowledge for the people who plied these trades in Ancient Greece. Can’t think of an ending to your cool poem about an Odyssey? Flick your muse a message, Homer. Finding it hard to understand why water spills out of the bath when you get in? Holler at your girl, Archimedes.

But while Greek mythology slowly slid into the dustbin of history, the demand for its muses never waned. Poets still needed rad endings to their sonnets, scientists still needed eureka moments, and failures still needed someone to blame if they couldn’t produce anything good.

And so, over the centuries, the role of the muse began to fall to real life human beings, usually in the form of unrequited love. Writing to a human who you desperately wanted to fall into the sack with turned out to be just as – if not more – inspiring than shouting at the sky and expecting a Goddess to shout back.

Let’s take a look at 5 of the most famous real life muses in history, and the reluctantly celibate authors that they inspired. 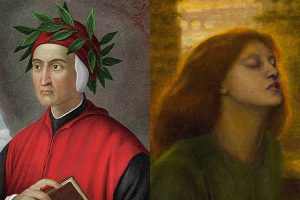 At the age of 9, Dante Alighieri set his eyes upon Beatrice di Folco Portinari, also 9, for the first time. He was the 13th century Italian version of smitten. And despite seeing her just once more (at the age of 18) before her untimely death at 25, his loins spent every single one of the intervening years fully girded.

Beatrice – who ended up marrying some boring old banker when she was 22 – was the muse for many of Dante’s works. After learning of her death he produced La Vita Nuova, a heart-wrenching collection of poems directed at his unrequited love. He also featured Beatrice as a guide in his magnum opus the Divine Comedy. It is her name that is used in the Christian term ‘Beatific vision’ – the ultimate direct communication between God and an individual.

All in all she did alright for a girl who shook a dude’s hand twice.

As beautiful as John Keats’ poems to Fanny Brawne are, you can’t help but think he could’ve played the whole thing a little cooler. So often does he equate love with death that poor old Fanny must have felt some weight on her shoulders to return the gushing sentiment, if for his good more than her own.

Keats’ most intense and arguably best poems are those directed at Brawne, including La Belle Dame Sans Merci. More than a few literary critics have compared this work to the best of Shakespeare; as many an artist knows, pain begets beauty. 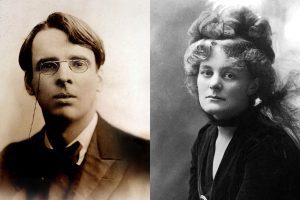 When selecting his muse, William Butler Yeats didn’t want any old slice of plain white bread. Instead he chose someone who could be politely be labelled a firebrand, and impolitely a lunatic.

Maud Gonne was an English-born Irish revolutionary and feminist icon. This resume furnished her with ample ways to refuse the hand of Yeats, who proposed four times in the decade after they met – you’re not a revolutionary, you’re not a catholic, I can’t be tied to no man, et al.

But these refusals, as they so often do, precipitated some quality material. As friend Jim Dwyer put it, Gonne was the “object of Yeats’s infatuation across five decades, the muse – well, really, the furnace – for his poetry of yearning.”

Gonne, who once had sex in her son’s tomb in the hope that it’d coax his soul into another body (obviously), finally did allow Yeats to consummate their essentially non-existent relationship. And with that meeting of bodies went much of her power as muse.

In his courtship of Zelda, F. Scott Fitzgerald seemed to be dealing with two different individuals – the one he liberally used as inspiration throughout his books, and the one he stood next to while doing the dishes. An at times unhappy marriage, relations became particularly strained when Zelda began finding more and more of her own words in her (by then) husband’s manuscripts, usually without permission.

When is a muse not a muse? When you’re stealing directly from her diary, I suppose. 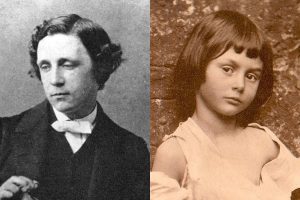 Perhaps not the best muse on which to end, but an important story nonetheless. When a 30-year-old Lewis Carroll went out on a rowboat with Alice Pleasance Liddell and her sisters, 10-year-old Alice asked Carroll to tell them all a story. What followed was the Genesis of Alice’s Adventures in Wonderland.

An innocent enough beginning, but this little story soon turns south. Speculations abound, so let’s, for the moment at least, stick to the facts. Suggestive photographs were taken of Alice by Carroll, who one biographer noted had “a preference for drawing and photographing children in the nude.” Carroll was also excommunicated by the Liddell family, and references to exactly what happened were erased from his diary.

The level of both musedom and creepdom is perhaps best summed up by an acrostic poem hidden in Through the Looking-Glass, which spells out ‘ALICE PLEASANCE LIDDELL’ and features some very eerie content.