Damonza > Articles > Blog > The Little Author That Could: Inspiration to Shake off Writer’s Block

The Little Author That Could: Inspiration to Shake off Writer’s Block 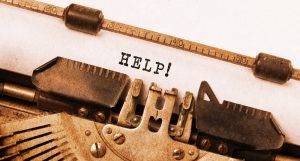 Shakespeare’s been there. Milton’s been there. Wilde, Tolkien and Rowling have been there. Writer’s block is the ultimate egalitarian, striking down authors regardless of race, creed or reputation. It’s a bastard, but a fair one.

But while it’s an indiscriminate malady, it’s certainly not terminal. Writer’s block, like the common cold, will eventually pass. ‘You just need some rest’, a writer’s-blockologist might advise. But that doesn’t help you; you’re on the last chapter of your magnum opus. You can’t be putting the feet up and waiting for the rainclouds to clear. You need a fix, and quick.

There’s no wonderpill, no vaccine, no rub-on balm or lotion. Thanks for NOTHING, medical science. But there are a few home remedies – the lemon tea and chicken noodle soup of writer’s block – that may help clear that obstructed mind.

What’s writer’s block? Well, if we play super sleuth for just a moment, we can deduce that it’s a block on your ability to write. That being the case, one of the best ways is to simply write. Write anything.

Freewriting is just that. It’s the process of writing out your stream of consciousness; whatever words float through your mind, they’re put to paper, regardless of structure, grammar or sense. Get someone to hold back your hair, because you’re going to word vomit.

Many writers swear by freewriting, devoting 15 minutes to it every morning. It’s said to open your mind, allowing you to access more of the ideas that are bouncing around your subconscious. It’s apparatus #1 in your writer’s block toolbox.

Do something else that’s creative

So your creativity is stymied. You can’t think of a twist, a description or even simple dialogue that works. But that doesn’t mean that the right side of your brain – responsible for tasks that involve creativity – is completely shut down. It may just need to be kicked into gear. And I mean that very figuratively.

Brush a bit of paint on a canvas. Strum a guitar. Origami some paper into a crane – the bird OR the piece of heavy machinery. Creativity breeds creativity, so light up that right hemisphere with something inventive that doesn’t involve words.

It doesn’t seem a stretch to say that it’s easier to get distracted now than it has been at any other point in human history. You open your phone or web browser, and the next thing you know you’re watching a spaghetti eating competition between a Golden Retriever and a German Shepherd, or reading Wikipedia’s list of unusual deaths.

While both of these things would usually be terrific uses of your time, you’re currently trying to write a friggin’ novel. Deny yourself the temptation by enforcing a personal time-out; phone off, Wifi disconnected, and door locked. Sensory deprivation = enhanced creation, as the saying doesn’t go.

Remember that time that you wrote the most stunning arrangement of words the world had ever seen? Perhaps it was a chapter of a previous novel, a blog post, or even a journal entry.

Writer’s block can have you doubting your brilliance, and wondering whether you’ll ever be inspired again. By re-reading some of your best work, you can attempt to get back in the same virtuoso headspace. That wordsmith is in there somewhere, but they may need a bit of coaxing to come out. Reading some of your favourite passages from other writers can also assist in the inspiration stakes.

Solitude is par for the course in the writing game. Because of this, writers have a reputation as an introverted bunch. Hunched over a laptop in a dark room, recoiling at the sunlight if the blinds are opened, screaming ‘I AM NOT AN ANIMAL, I AM A HUMAN BEING’ when anyone walks in. Maybe I’m thinking of the Elephant Man.

Grabbing a coffee with a friend is a great way to clear your mind and shake off writer’s block. Whether you use them as a sounding board for potential ideas or to take your mind off writing is completely up to your elephant self.

Don’t start at the beginning

Sure, beginning at the beginning is what we’re taught to do. But perhaps it’s time to break the mould. Imagine, for example, how easy a marathon would be if you started at the middle, rather than the start? WHAT A GAMECHANGER.

If you’re getting some serious brain constipation mulling over a certain chapter of your book, try skipping ahead. By writing something that will happen further into your book, you’ll give your writer’s GPS both a starting point and a destination, allowing for far easier navigation through the parts in between.

Some of the most successful writers in the world have a go-to routine that aids them in warding off writer’s block. Some routines, like W. H. Auden’s, were what you’d politely call questionable, as he started every day with a heady mixture of amphetamines, barbiturates and vodka. On the other end of the scale, Stephen King starts work at exactly 8am every morning, with a cup of tea, a vitamin pill, and some relaxing music.

Unfortunately, a good routine is inherently bespoke. You need to identify what works for you, and structure a strategy that you can wheel out whenever you’re feeling word-clogged. PRO TIP: hard drugs are best left as a last resort.

Until science gets off its tush and serves up a writer’s block wonderpill, these remedies are about as good a cure as any. And remember, no matter what the quality of your writing may be, by working your way through writer’s block, you’ve got at least one thing in common with mother flippin’ Shakespeare.