The Vital Elements That Make up Any Good Story 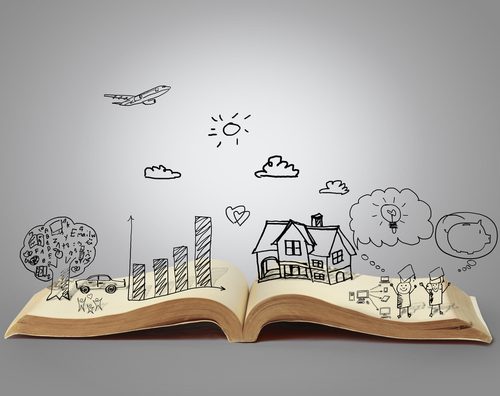 Whether you’re writing a story about a mouse who lost its cheese, or a sprawling Tolstoyesque tale of a kingdom pressured into a war after it lost its cheese, there are some vital elements that pump through the veins of any good story. Even the cheese-free ones.

Regardless of whether you’re an author just beginning to cut your teeth in the trade, or you’re embarking on your hundredth novella, concentrating first on the existence and then the development of these elements is key to the long-term success of your book as a whole.

So let’s have a look at these vital elements, and how they can turn your story from Kraft Single to Camembert.

What’s the freakin’ point? Before investing the heavy man hours that your novel will inevitably demand, you need to clarify what the point of the story is. This is represented in the need for a problem to be solved or a goal to be achieved, and the plot of the story will base itself around the events that occur in trying to do so.

Let’s use the story of the war over cheese as an example. The goal to be achieved will likely be to win the war, and every character, regardless of which cheesy side they’re on, should have a stake in that outcome. Your protagonist could be anyone who is involved in the war – a commander in cheese, a footsoldier, a scribe – as long as success or failure rests on their shoulders.

Subplots including love interests, intra-family relations, and dissension in the ranks can be added in later, but aren’t considered a part of the main goal of the book. It’s important to clearly define this main goal early, be it a love story, a murder mystery or a treasure quest, before you attack anything else.

Uh oh. There’s a problem. Something’s standing between your protagonist and them achieving the book’s goal! Heck.

Once you know exactly what problem you need to solve or what goal you need to achieve, you need to come up with a consequence for that not happening. The kingdom being raped and pillaged after losing the cheese war is as good a consequence as any, but the consequences of many stories will be far subtler. In a love story, for example, an aging woman may encounter a consequence of missing out on having children if she doesn’t find Mr. Right.

List a few consequences that would serve as intriguing counterpoints to your story goal. Choose the one that gets your blood pumping the most.

Your story should be a sequence of stepping stones that draw the characters ever-closer to achieving their goal. The prerequisites begin to describe plot points within the book that join the starting point with the achievement of the goal. They get the reader excited, developing the story in dramatic ways and hinting at what’s to come.

What events will need to occur for your goal to be achieved? For our Guerra del Queso (War of the Cheese [Spanish Edition]), battles presumably need to be won, some confidential information may change hands, and perhaps a spy will penetrate enemy ranks. Scribble down as many options as you can think of, and choose those that seem most impactful, while staying true to the story.

What might constitute a forewarning in a story involving a cheddar war? Perhaps the enemy wins what appears to be the decisive battle. Perhaps the prized cheese for which so many lives are being lost suddenly goes missing. Maybe the main protagonist inexplicably becomes lactose intolerant, losing interest in the goal.

Your forewarnings and your prerequisites should have your reader oscillating between hope that the protagonist can achieve the goal, and anxiety that they may not. A rollercoaster ride of cheese-based emotion.

Why, pray tell, do your characters even care about the goal and consequence? What’s in it for them? Your protagonist and your bit players need motivation. They need a vested interested in what goes down.

Perhaps the footsoldier finds out that he is heir to the cheese kingdom that is now in jeopardy. The scribe may love an enemy captive, driving them to affect the outcome of the war. The drive that the protagonist has to continue to march toward the end goal needs to be believable and relatable. It needs to make sense.

From these basic elements you’ll be able to form a framework for your story. They’ll serve as road markers, guiding the book from its humble beginning to its dramatic conclusion. They’ll also ensure that your readers feel fulfilled – that there will be a sense of completeness about the work, like that feeling you get when you eat the exact right amount of ice cream.

So what are you waiting for? I don’t know about you, but I’ve got a cheese-heavy magnum opus to write.