What’s the difference between eBook and print covers? 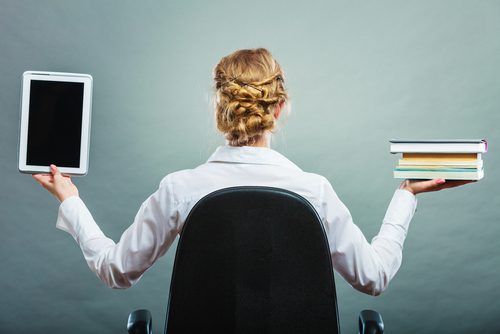 What’s the difference between eBook and print covers? It sounds like bad 80s stand-up material, doesn’t it? Thankfully I’m not creative enough to come up with a suitably average punchline. Lucky you.

Before diving into the differences, let’s first have a look at the similarities. They both cover books. They both give insight into the story they surround. They both require some modicum of talent to produce.

But, like you and your evil twin Dwayne, the obvious similarities belie some inconspicuous and perhaps surprising differences. Which of eBook and print covers is Dwayne? I’ll leave you to figure that out.

The look on Dorothy’s face when she walked into the technicolour world of Oz said it all – colour is bangin’. Colour is essentially a given when it comes to book covers, but many a self-published author will ignore the fact that covers viewed on an eBook are still stuck in Kansas; with faces as monochrome as Dorothy’s Uncle Henry.

While Amazon and other online retailers will display your cover in glorious technicolour on their sites, they still need to be designed to work in monochrome for the eBook viewer. Print, on the other hand, has no such worries. Tie-dye the thing in a palette of fluoro if you so desire.

The Nail of a Thumb

Pick up any edition of Cosmo and you’ll appreciate the concern people have when it comes to size. Depending on which issue you grab, it could be that it very much matters, or it very much doesn’t. Get your shit together Cosmo.

In many ways size matters equally to both eBook and print covers. In other ways, eBooks have a more stringent set of rules by which they are bound. eBooks, you see, are only ever sold by the thumbnail. They have a very limited amount of space with which to work, and need to draw a potential reader in with legible text and clear design components.

It’s not that print covers are fine to be designed as ridiculously complex or detailed; they’re often sold online too, and also need the ability to draw shoppers in from a distance; the other side of a bookstore for example. But the rules are a little less hard and fast.

A Tale Told by Texture

An aspect of print design that simply cannot be replicated by today’s eBook technology (where’s this ‘future’ that you keep harping on about, science??) is the use of that most mysterious of all dimensions, the third.

3D is an option for print covers. You can raise elements of the cover design, such as the title typeface, in order to make them ‘pop’ more. You can also play with texture, using anything from leather to gold embossing to pique the interest of passers-by and make your book stand out.

But the world of 2D in which eBooks operate precludes the use of these design elements. It’s up to the designer to make use of less showy strategies to catch the eye.

No Spine and No Back

If an eBook cover were in the army, a drill sergeant might accuse it of having a lack of vertebrae. And it’s the truth; in the world of the eBook there’s no need for a spine nor a back cover. That’s two less elements that a cover designer has to worry about, which should cut down the costs involved in having a primo cover designed.

But the lack of spine and back is a double edged sword. These areas are prime self-promotion real estate. Without a back cover, your blurb and reviews are hidden within the book. It puts an even greater strain on the front cover to convey the message of the book in the sort of loud and clear way that the aforementioned drill sergeant would be proud of.

Just like you and Dwayne, the differences between eBook and print cover design are subtle, but they’re there. Unlike Dwayne, you don’t have to worry about either of them stabbing you in the night. If there’s a message I want you to take away from this, it’s that.