Damonza > Articles > Blog > Which Is Easier to Write – Fiction or Non-Fiction?

Which Is Easier to Write – Fiction or Non-Fiction? 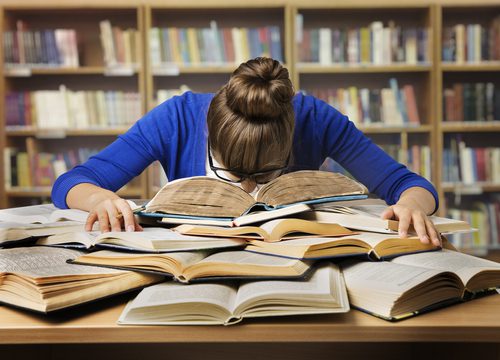 Creating a story out of thin air, or doing justice to a true story by writing it well. Which is easier?

Let’s kick things off by dissecting the question itself, and why someone would be asking it. If you’re venturing into a career (or hobby) in writing, relating the word ‘easy’ to anything that you’ll attempt to produce is, in the politest way possible, naïve. Unless you’re the author of one of those bodily-fluid-proof baby books that has a picture of a dog with the word DOG underneath, penning a book, whether it be a fictional or real life tale, is a challenge.

Some will find creating something out of nothing difficult. Others will find the research and attention to detail required for a non-fiction work soul destroying. Horses for courses. But for any horse that’s a little unsure of their course, what do you need to know about each option before diving headlong into the writing process?

Ah, fiction. The freestyle jazz of the publishing world. Just hover your hand over the page, and see what flows out. By avoiding any tethers to reality, this world of pure imagination allows you to hitchhike the galaxy, flesh out dystopias, or run clean through a train platform wall.

If you manage to find yourself in the upper percentile of fiction writers, you’re going to be doing rather well for yourself. With J.K Rowling becoming the first billionaire author, it’s clear that writing fiction is far more lucrative at the top end than writing non-fiction. Just remember us little people when you get there.

Fiction is often thought of as more enduring as well. Perhaps because it often isn’t tied to any real world events, it has the ability to stay relevant long after it’s published. Realities change over the years (despite what your 1950’s television doctor said, it turns out smoking wasn’t great for you), but fiction isn’t usually bound by the sands of time.

The free-form nature of fiction is perhaps its greatest selling point. Because non-fiction deals with facts, you’re obliged to tirelessly research, interview, reference and cross-check. Fiction allows you to just sit down and write. There’s no doing it wrong. There are certainly ways to do it badly (thank you E. L. James), but not wrong.

‘Truth is stranger than fiction, but it is because Fiction is obliged to stick to possibilities; Truth isn’t.’ So sayeth Mark Twain, and it’s this very fact that draws a lot of people to writing about the world we live in.

While top tier fiction writers might be Scrooge McDucking in their cash-filled ballrooms, the story is quite the opposite at the other end of the spectrum. For authors who are just cutting their teeth in the field, non-fiction represents the more lucrative path to success. Far more people read short non-fiction stories than they do fiction; you can pick up any magazine or newspaper to see that. Getting a short piece of fiction published can be a nightmare (in fact, you’re 10x more likely to get into Harvard than you are to be published in a top literary magazine), while non-fiction stories get published regularly.

Many of the greatest fiction writers in the world began their careers with a piece of non-fiction. George Orwell kicked his career into motion with Down and Out in Paris and London, a personal account of experiencing poverty in two of the world’s greatest cities. The afore-quoted Mark Twain wrote The Innocents Abroad, a travel diary that documented his sojourn through Europe and the Middle East, before penning Huckleberry Finn, Tom Sawyer, or any of his other great fictional works. The Innocents actually outsold all of Twain’s other books during his lifetime.

Non-fiction can also help a new author develop discipline. Because much of a non-fiction writer’s work is for magazines and newspapers, deadlines must be met. To fanny about is to lose work. Habits must be formed, writer’s block must be overcome, and distracting cat videos must be avoided (asking a lot, I know).

Which is easier? That’s entirely dependent on the sort of human being you are. If you’re unsure, try writing a short piece of both fiction and non-fiction. See which one you enjoy more.

And if all else fails, bind together some malleable plastic pages and produce a one-word-per-page baby book. ‘Is it a fictional or non-fictional dog?’ is one question your readership will not be asking.