Why Formatting and Editing Are Self-Publishing Non-Negotiables 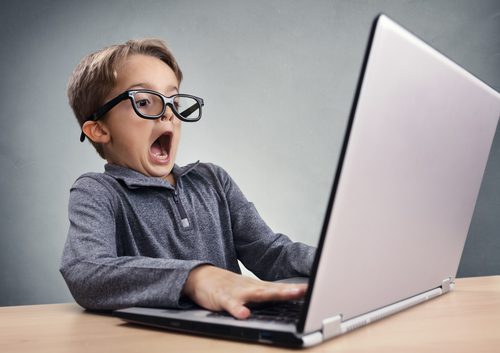 Formatting is like refereeing – you don’t notice it until it’s done badly.

Editing is like housework – it’s only appreciated when it is lacking.

Formatting and editing are so often self-publishing afterthoughts. After the hard slog of writing a fully-fledged novel, it’s perhaps unsurprising that some authors aren’t that keen to go over the ground that they’ve just covered. You don’t expect a marathon runner to retrace their steps, analysing each and every one. You don’t expect a painter to scrutinise every brushstroke they’ve made, nor a fashion designer to pore over every stitch they’ve sewn.

Unlike marathon runners, painters and fashion designers, you have an army of people who are going to scan over every bit of your masterpiece, down to the last letter – your readers.

Most avid readers will have an adverse response to seeing a typo in a book that they’re enjoying – some react with horror, wondering how the hell the thing got to print with such a glaring error, while others feel a sense of superiority, having beaten an editor at their own game. In the world of editing and formatting, the line between good and bad is a particularly fine one, sometimes separated by nothing more than a misplaced comma,.

Breathe easy, that one was intentional.

Typos are one thing, but editing also rids the manuscript of phrasing, structural and narrative errors. Robinson Crusoe, often cited as the first great novel of English literature, nonetheless provides one gorgeous example of editorial oversight. As the castaway sees that his ship will soon sink, he strips naked and swims out to the wreck to save some of the supplies… which he safely transports back to shore in his pockets.

Sure, it may not ruin the entire plot, but it’s the type of slip-up that can raise a reader’s eyebrows, and have them questioning the quality of the book.

Unlike editing, there was a time when formatting wasn’t quite the self-publishing tripping point that it now can be. This was the period before eBooks (BE), when there was just one format that you needed to supply your manuscript in – the one that would be printed.

Like when you get to your last few letters in Scrabble and decide that names and acronyms are fine, eBooks have changed the game. You not only need to think digital when you format your book, you’ll also need to consider the different formats within the digital publishing space. Between EPUB, AZW, LIT, PDF, ODF and MOBI, making your novel available to every eBook user can be a challenging task, to put it mildly. And this is all on top of offering the tome up in a standard print format if you’re wanting to produce something for the bookshelf.

Different formats aside, proper formatting can be a surprisingly time-consuming task, as every inch of your manuscript must be given the once-over. And knowing the correct paragraphing, page-breaking and heading calls to make can be the difference between a professional and polished piece, and something that looks like it was completed by an eleven year old for a badly formatted school project on bad formatting.

Thankfully there are professionals who specialise in both of these disciplines. And if you value both your time and the quality of your book, getting the job done fast and done right is an investment that pays itself off almost instantly. You’ll be left with a book that projects the professional and polished image that is key for anyone wanting to be taken seriously as a writer.

They might be tempting to ignore, but editing and formatting are as important to the success of your book as the writing itself. So retrace those steps, scrutinise those brushstrokes and pore over those stitches.

And catch, all, those, misplaced, commas,,,.